When PV modules are subjected to mechanical load such as heavy snow, strong wind, hail, etc., the modules will be stressed and may rupture, which will cause a series of problems, such as moisture ingress, fatigue of welded joints and cell corrosion, resulting in a decline in PV power plant output.

The fixed and installation ways of modules will decide whether maximize ensure the mechanical behavior of modules. In this test, We chose Duopower as the testing model structure, which is made up of double columns and double struts. To the accuracy of the experiment, the 182mm and 210mm modules were also installed according to the instructions strictly.

The laboratory provides the testing wind speed from 0 to 90m/s(324km/h). 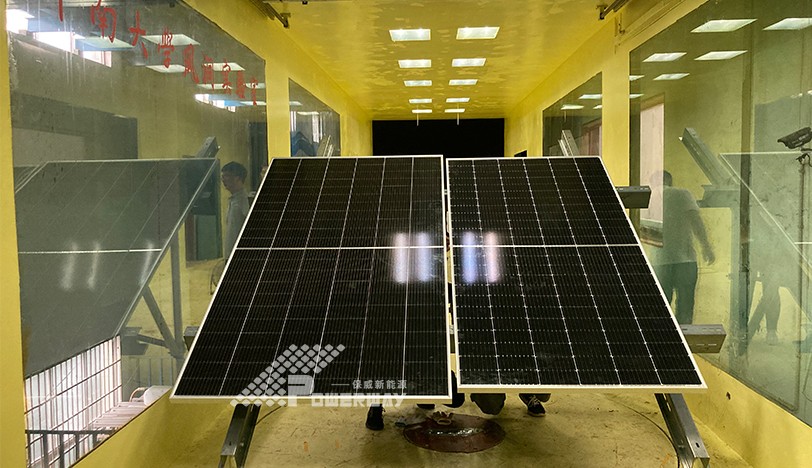 The test provided precise experimental data under different situations for proving the strength of the solar structure. Meanwhile, the test proved that Powerway’s PV structures will ensure the safety of 182/210mm ultra-high power modules during strong wind weather such as the Super Typhoon.

The IEC standard is a standard for PV module performance and safety testing commonly used in PV laboratories around the world. ASCE SEI 49 is the standard specification for wind tunnel testing in the United States.