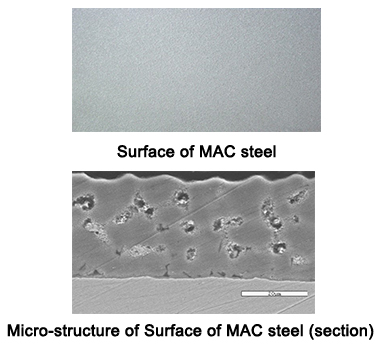 What Is MAC Steel

sheet having various strengths and thicknesses. The product

combines the physical protection and high durability of Al,

as well as the electrochemical protection properties of Zn.

In addition,the surface layer has a highly decorative bright

silver-gray gloss and regular patterns, and it has a raised texture. 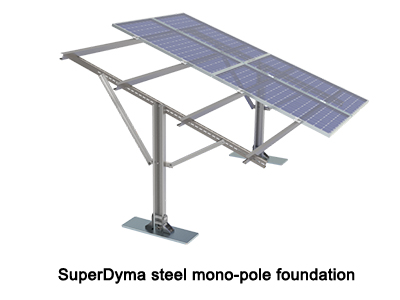 which has the strength of steel.

·The pretreatment on the surface ensures the

attractive appearance of the material.

the deformation and manufacturing accuracy of the

material in processing are significantly improved.

cannot stand a temperature over 230 °C, and their color will

change when the temperature reaches 250°C. However, MAC

Usually, no treatment is required on the MAC steel cross-section. At the initial stage of the exposure, red rust appears

sometimes on the end face of the MAC steel, especially when the steel plate is thick, but the end face

over time, effectively suppressing the diffusion of the red rust. The appearance change of the cross-section varies with the

plate thickness, the orientation of the end face, and the corrosive environment. The salt spray test on the end face of the

MAC steel is as follows. After 1000 hours of salt spray, slight red rust appeared on the edge of the MAC steel, but the end

face was covered with corrosion products after 1500 hours.

damage resistance due to the high

hardness of its coating layer. 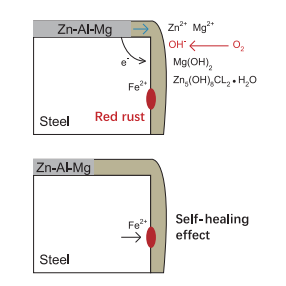 protective film. In the initial stage, red rust will occur on the exposed cross-

section, but the protective film will exhibit excellent corrosion resistance after

the film-like covering is formed on the cross-section. 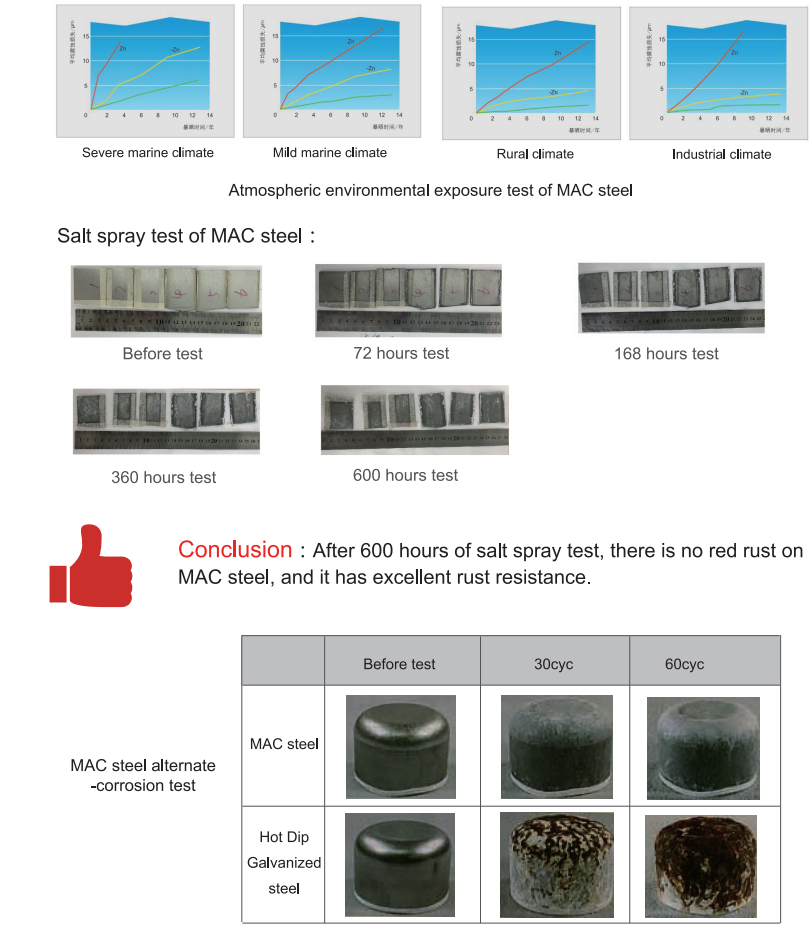 Conclusion : The magnesium (Mg ) component in the plating layer helps promote the formation of a very stable,

layer on the surface of the plating layer, thus exerting excellent corrosion resistance.

1.An area within 2km from the coast, in where sea salt particles (sea fog) fly;

Contacts with strong corrosive substances, such as soil, water, etc.;

1.An environment prone to condensation due to high temperature and humidity;

2.An environment full of strong alkali atmosphere due to feed, feces, etc.